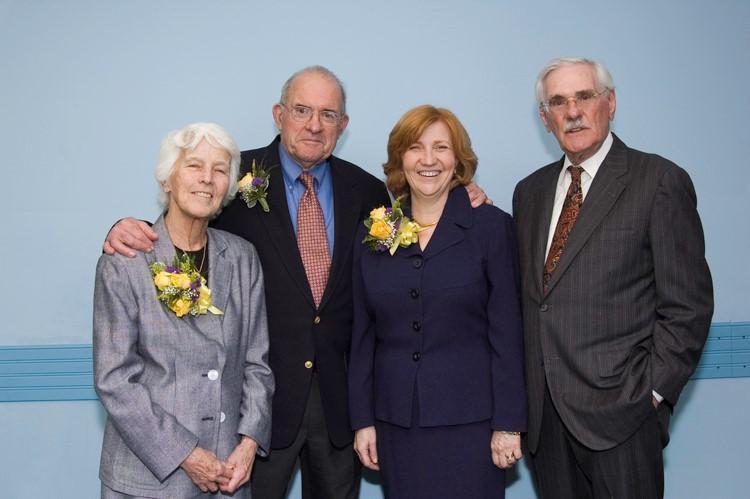 The Board and Staff at Zufall Health are sad to announce the passing of our longtime, trusted Zufall Board Chair Emeritus, Paul Nusbaum. Paul provided over 25 years of leadership and guidance for the health center and his loss will be deeply felt by all who knew him. Paul was the beloved husband of Meredith, beloved Father of Gwenn Amy Nusbaum and Mark Nusbaum and the beloved Grandfather of Olivia Nusbaum.

Paul was born on April 5, 1928 and grew up in Newark, New Jersey.  He received his Bachelor of Arts Degree from New York University in 1949 and Juris Doctorate from Rutgers Law School in 1952 and was licensed to practice law in the State of New Jersey that year with admission to the United States Supreme Court in 1981. He was a founding member of the law firm Nusbaum Stein in Roxbury Township in 1968. His law career evolved from general practice to one centered on land use, real estate, corporate, transactional, and estate planning. He also represented municipalities as a municipal attorney and had been a Planning Board and Board of Adjustment member.

Paul was also active in many community organizations. He was a trustee and past president of Newton Country Club, a member and officer of various fraternal, service, and recreational organizations and a member of the Open Space Committee of Green Township, Sussex County, New Jersey. Since its founding in 1990 until 2017 Paul served as Chairperson of the Board of the Zufall Health Center. As a friend and supporter of Bob and Kay Zufall, Paul provided strong leadership and vision to further the mission of the organization which now serves 40,000 low-income patients throughout northwestern New Jersey. Paul was a staunch proponent of the health center, communicating the organization’s accomplishments to elected officials, individual donors, and the corporate community. He was also a good friend and advocate for the Zufall staff, for whom he generously provided advice and assistance. Paul will be greatly missed by many and especially by the Board and staff of Zufall Health.