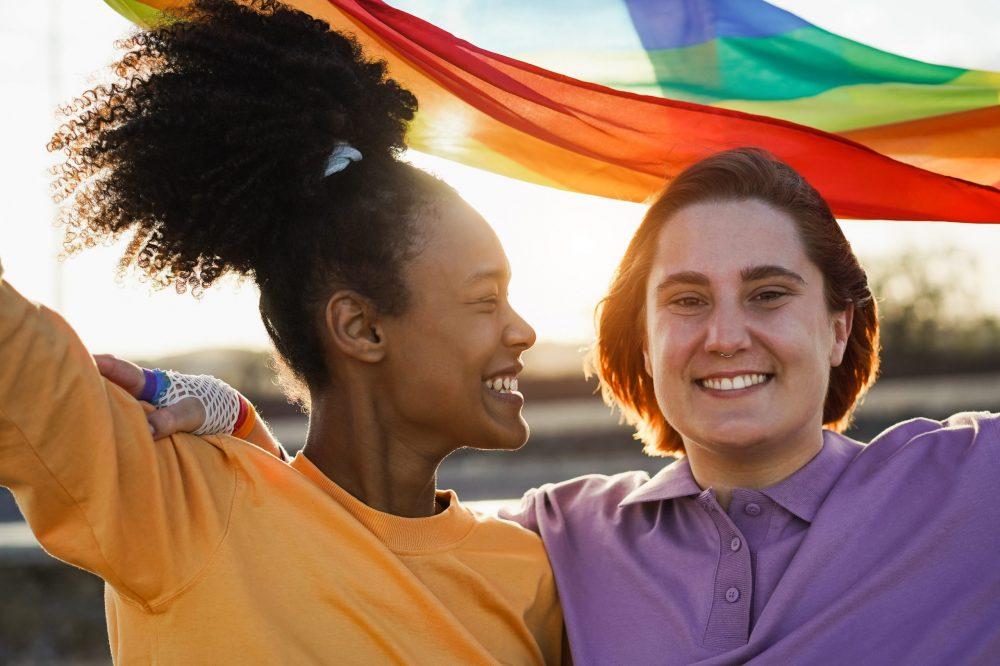 Why We Celebrate Pride

Happy Pride Month! LGBTQ+ people and allies observe Pride Month each June with rallies, parades, festivals, concerts, workshops, and dance parties. Learning about our country’s 50-plus-year history of Pride, the advancement of LGBTQ+ rights, and the continued marginalization of the community is also an excellent and meaningful way to commemorate the occasion.

Did you know Pride Month began with a riot? The Stonewall Riots were a six-day series of LGBTQ+ protests and clashes with police in response to a police raid of the Stonewall Inn, a gay club in New York City, on June 28, 1969. At the time, engaging in homosexual behavior in public (holding hands, kissing, or dancing with someone of the same sex, etc.) was illegal, so police frequently violently harassed LGBTQ+ bars and their patrons. The riots were also a reaction to the broader oppression that people faced based on their sexual orientation and gender identity.

One year later in 1970, LGBTQ+ activists in New York City, Chicago, Los Angeles, and San Francisco held the first Pride parades, or gay liberation marches, as they were known at the time, to commemorate the events of Stonewall and to demonstrate for equal rights. Stonewall didn’t start the gay rights movement, but it was a galvanizing force for LGBTQ+ political activism.

In the decades that followed the Stonewall Riots, LGBTQ+ activism helped acquire more rights and protections:

Learn about many other notable advancements in LGTBQ+ rights here.

Despite this progress, LGTBQ+ people continue to experience discrimination, especially in health care, education, and housing. LGBTQ+ people of color are more likely to experience discrimination than those who are white. This population is also vulnerable to much higher rates of suicide. In 2020, the Human Rights Campaign reported that 27 percent of LGBTQ+ youth of color have attempted suicide compared to 22 percent among LGBTQ+ youth overall and 5 percent of non-LGBTQ+ youth. The Center for American Progress reports on additional disparities impacting Black and Latinx LGBTQ+ people.

Pride is so much more than parades and parties, and a lot of work must still be done to build a society that is fully inclusive for LGBTQ+ people. Zufall Health is proud to be a part of that important work as we provide LGBTQ+ patients with health care that is affordable, accessible, and stigma free in a welcoming, safe, and respectful environment. We are committed to closing gaps in care by improving the health, safety, and well-being of under-served LGBTQ+ individuals so they can live long, healthy, and happy lives.